Systems – You and Yours

Several weeks ago our family was enjoying a usual summer trip to our favourite BC lake resort community. Here we enjoy beach, sun and time on the lake waterskiing, wakeboarding, tubing, and the like.  While on this trip, I typically try to get out and get a morning run in early. It doesn’t take long for temperatures to get up into the mid to upper 30’s and far too hot to run. On my run an event occurred that prompted me to reflect on systems. How we all operate in so many systems (both in our professional and personal lives) and how one choice impacts the entire system in which we are functioning.

One morning while out doing my usual route, a truck came towards me and lost its load!  Out of the back of the truck, a whole bunch of items flew out onto the road, including a large white tarp, which landed right on top of everything.  I waived my arms at the driver, who appeared to acknowledge me and slow down.  It appeared to me that the driver was aware of what happened and was going to stop.  I saw his brake lights behind me as he slowed, but then he just carried on.  The straightaway I was running allowed me to glance back to see what was happening for a couple of minutes.  Of course, vehicles slowed and had to go around the debris, into the oncoming traffic.

As I watched things unfold, I became aware of the various system impacts.  A bus came barrelling down the hill and was behind a huge truck.  The truck slowed, and the bus had to stop quickly.  All of this created new risks on the highway for all travellers going both directions.  Vehicles had to apply brakes, thereby wasting time and burning additional fuel upon re-acceleration.  Oncoming traffic also had to slow, as vehicles in the blocked lane had to drive around.

I continued my run a few kilometres more outbound and then back again.  When I returned I was prepared to stop and pull the debris off the road if it was still there.  That would have had an impact on my run, my running time etc.  Fortunately, it would not have mattered, but it might have if I was timing myself with a time target as part of a rigid training regime.  When I passed by on the return run, I did not have to stop. Someone else had obviously stopped themselves and pulled the items to the side of the road.  Notwithstanding, the debris would eventually need to be picked up, and I imagined that would be done by a civil worker or crew of workers at some point later.  That would mean use of tax dollars.

None of these minor items had a major impact, as far as I know.  However, it gave me an opportunity to reflect on the various systems’ impacts that came from this event.  The driver chose not to stop and clean up his own debris, which could be considered a selfish and a self-centered response or lack thereof.  Often individuals in workplaces and business do not fully understand the systems impacts they have on a daily basis, and even if they do, they may not accept full responsibility.

Let’s just name a handful of the systems that were impacted by the debris on the road situation I encountered:

Now, I realize I am using a relatively minor event to illustrate a point.  That said, this could for sure have resulted in an accident that could have led to serious injuries.  The above items related to this event are all relatively minor in and of themselves. Notwithstanding, there is a set of important lessons within this illustration.  It is critical that we are aware of the various systems impacts we have in our daily lives.  We are all part of numerous systems in workplace, business, etc.  All of the decisions, attitudes and behaviours including our entrepreneurial efforts, impact a whole range of systems. 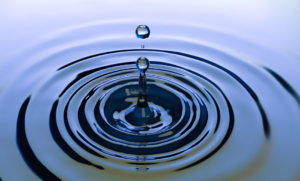 Remember that you don’t work in isolation; you are not an island. Every personnel, budget, strategy, and other decisions you make have multiple impacts and a ripple effect. Prior to executing on any and all decisions be sure to fully assess the various systems’ impacts.

Cameron is an Executive Coach and Consultant specializing in business growth and creating psychologically healthy workplaces.